There are so many reasons why London is my favorite city in the world, not just the city’s obvious reverence of the past. No matter how many times I visit this vast, varied, and vivacious city I keep finding fresh things to do. And many of them are free–which is good since London is an extremely expensive city in which to stay and to eat.

Most of the great free museums ask for donations and have Plexiglas receptacles for these.

I was unable to limit myself to ten, so here’s my Top 12 List of Free Things to Do in London:

1. The National Portrait Gallery. Backing up to Trafalgar Square, this is my go-to place on every visit to London. The collection of Regency portraits is outstanding. I typically visit here several times each trip just to oogle. 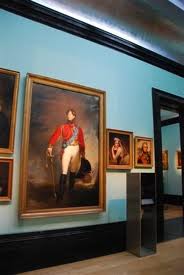 This portrait of the Regent dominates one of the chambers dedicated to the Regency. Note Emma Hamilton next to him.

You can also see the controversial (with only a hint of her spectacular smile) portrait of Kate, Duchess of Cambridge and a fabulous informal one of her handsome hubby with his devilishly cute brother. Remember, the gallery’s open late on Thursday and Friday evenings and be sure to check out the bar/restaurant at the top. The London views from there are spectacular.

2. The Wallace Collection. Yes, this is one of London’s great art museums, but what makes it a must-see for those of us who love the English Regency, it is housed in a London townhouse built in the late 1700s for the Duke of Manchester, when it was known as Manchester House. In 1797, Lord Hertford bought the lease, and the house in Manchester Square became known as Hertford House. The Regent visited here regularly since Lady Hertford was his mistress. In Victorian times, the house came into the possession of the illegitimate son, Sir Richard Wallace (1818-1890), of the bachelor 4th Marquess of Hertford. Wallace inherited his father’s extensive art collections and chose to display them in this home. His widow gave the house and its contents to the nation. Hertford House is located close to the Bond Street shopping. 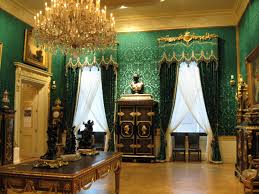 One of the rooms at Hertford House

3. Kenwood House/Hampstead Heath. Do I begin with the heath or the house? Oh, but I love Hampstead Heath! One can stand amidst natural vegetation unchanged in centuries and enjoy spectacular views of London below. 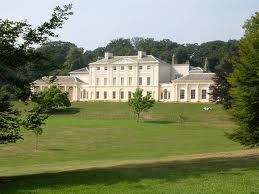 At the heath’s eastern edge stands the villa known as Kenwood House, which was remodeled by Robert Adam in the late 18th century. Kenwood houses another fabulous art collection bequeathed to the nation, along with the house, in 1927 by the Earl of Iveagh. Artists whose master works are here include Rembrandt, Romney, Turner, Van Dyck, and many others. The house has many attractions, including Adams’ incredibly elegant library, and an orangery–the first one I ever saw. No trip to London is complete for me without visiting the borough of Hampstead, and no trip to Hampstead is complete without a visit to one of my all-time favorite pubs, the Spaniards Inn, a 400-year-old inn adjacent to the vast heath.

4. The Victoria and Albert Museum (V&A). Even though it’s touted as the world’s greatest museum of art and design, it’s so much more–especially to those who love Georgian England. You’ll see jewels belonging to long-dead aristocrats and royals, clothing, furnishings, and you’ll even learn about some of London’s great houses that have been demolished. 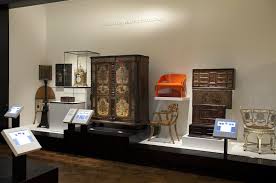 One of the hundreds of displays at the V&A

Like at the British Museum, you can spend days here.

5. Primrose Hill. I read somewhere (probably in Georgette Heyer!) that duels used to be fought here during the Regency but have not been able to verify this. Now Primrose Hill is located in an extremely posh area of London near Regent’s Park and St. John’s Wood. 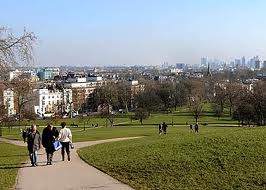 During one visit here with my son’s London friend, I was shown the nearby house of actor Jude Law. I have since come to understand many, many British celebs live in the Primrose Hill area, including Simon Callow, Daniel Craig, Kate Moss, Alan Rickman, John Cleese, and Robert Plant. The real attraction here–day or night–is the spectacular panoramic view of London. 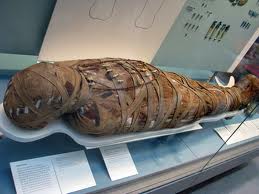 Mummy at the British Museum

6. The British Museum. One could spend weeks here. Even more memorable than the Rosetta Stone to me are the Egyptian mummies. And one cannot go to London and not see the Elgin Marbles.

7. London Parks. I couldn’t list just one. My personal favorite, though small, is Green Park. Begin adjacent to the Ritz on Piccadilly and head west all the way to Buckingham Palace. I never tire of the Palladian elegance of Spencer House, which backs up to the park. Hyde Park is huge, and I confess that I’ve never seen all of it, even though on two different stays my London flat was just across the street from it. 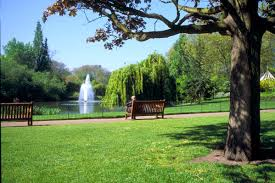 Another great large park is Regent’s Park, which I will attest to seeing all of, and I had the sore feet to show for it! The neighborhoods around Regent’s Park are exceptionally posh. Expect to see homes belonging to sheikhs. A wonderful smaller neighborhood park is Holland Park in the Royal Borough of Kensington and Chelsea (which I’ve blogged about when I wrote about Holland House–then and now). The gardens are lovely, and visitors can stroll through the old arcades left from Holland House, where the Barons Holland resided in Georgian times. Much of the house was destroyed in World War II.

8. Cheyne Walk. This is a rarity in London: a street of lovely, substantial mansions practically on the banks of the River Thames. This unforgettable street in Chelsea was home in the 19th century of many artists and authors, including Dante Gabriel Rossetti, George Eliot, JMW Turner, and Algernon Charles Swinburne. 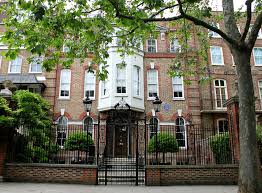 This home on Cheyne Walk, overlooking the River Thames, is where Dante Garbriel Rossetti lived in Victorian times.

In the 1930s Laurence Olivier lived here, and in the 1960s Mick Jagger lived at Number 48 with Marianne Faithful, and fellow band mate Keith Richards lived at Number 3. The houses have fences around them for privacy and locked gates, but their view of the bustling river has not been obstructed. The closest I’ll ever be to glimpsing inside one of these houses is rewatching a Jeremy Britt episode of Sherlock Holmes. One of Holmes’ fictional clients lived on Cheyne Walk, and a scene supposedly depicts the home’s great river views. 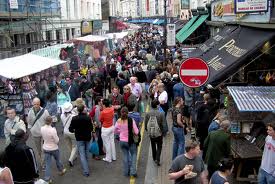 Portobello Road on a Saturday

9. Portobello Road. This antiques Mecca comes alive every Saturday when hundreds of stalls open. I’ve been coming here for two decades and I confess to being a bit disappointed in it in recent years. It’s been discovered by the masses, many of whom probably learned about it from the Julia Roberts film Notting Hill. It’s gotten very crowded, prices have skyrocketed, and a lot of cheap imports have wormed their way in. Still, it’s a great place to see all kinds of “small” antiques, ranging from fine silver and pottery to ladies’ dresser sets and artwork. Many shops and stalls start closing in the afternoon, so come early.

10. The British Library. Close to the British Museum, the new British Library doesn’t have the fabulous reading room of the old British Library, but it’s still worth a visit. I came armed with archival references, a pencil with which to write (no pens permitted), and applied for and received a card. The average tourist will want to see the Magna Carta and other priceless documents on display.

These ancient sacred writings are on display at the British Library.

11. Kensington Palace Gardens–the street. This street on the north side of Hyde Park is the most expensive address in the world and is sometimes known as Billionaire’s Row. Case in point: the de Rothschilds lived here until 2000. One house recently sold for £90 million–$140 million in U.S. dollars. Many foreign embassies are located here, and while it’s pedestrian friendly, armed guards control vehicular access.

Billionaire’s Row This is the entrance to Kensington Palace Gardens Street from Bayswater Road. Mansions line either side of the street, which abuts Hyde Park.

12. London Walks. Not to be confused with the commercial London Walks (like Jack the Ripper’s London, or Beatles London, or any of those informative walks I highly recommend), I advocate walking London. Regency buffs will enjoy a stroll along St. James where they can pick out those famed clubs such as White’s or Brooks. There are also self-guided walks of Fleet Street and Legal London, Royal London, and many others. 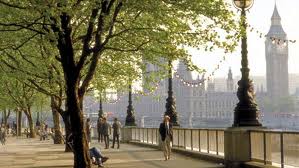 Strolling on the South Bank of the River Thames

I urge visitors to walk the city. When I first started going to London many years ago, the East End and south of the Thames were not that desirable. Not so today. One of the best walks in London is along the South Bank of the River Thames. We start at Westminster Bridge and go all the way to Tower Bridge. It can take a full day if one stops along the way to see the Globe or the Tate Modern or any of the trendy restaurants.

Now that I’m thinking about it, there’s not a part of this burgeoning metropolis I don’t enjoy walking. Or visiting. That’s one of the reasons why it’s my favorite city.–Cheryl Bolen, whose articles on Georgian England can also be found on her website, http://www.CherylBolen.com.